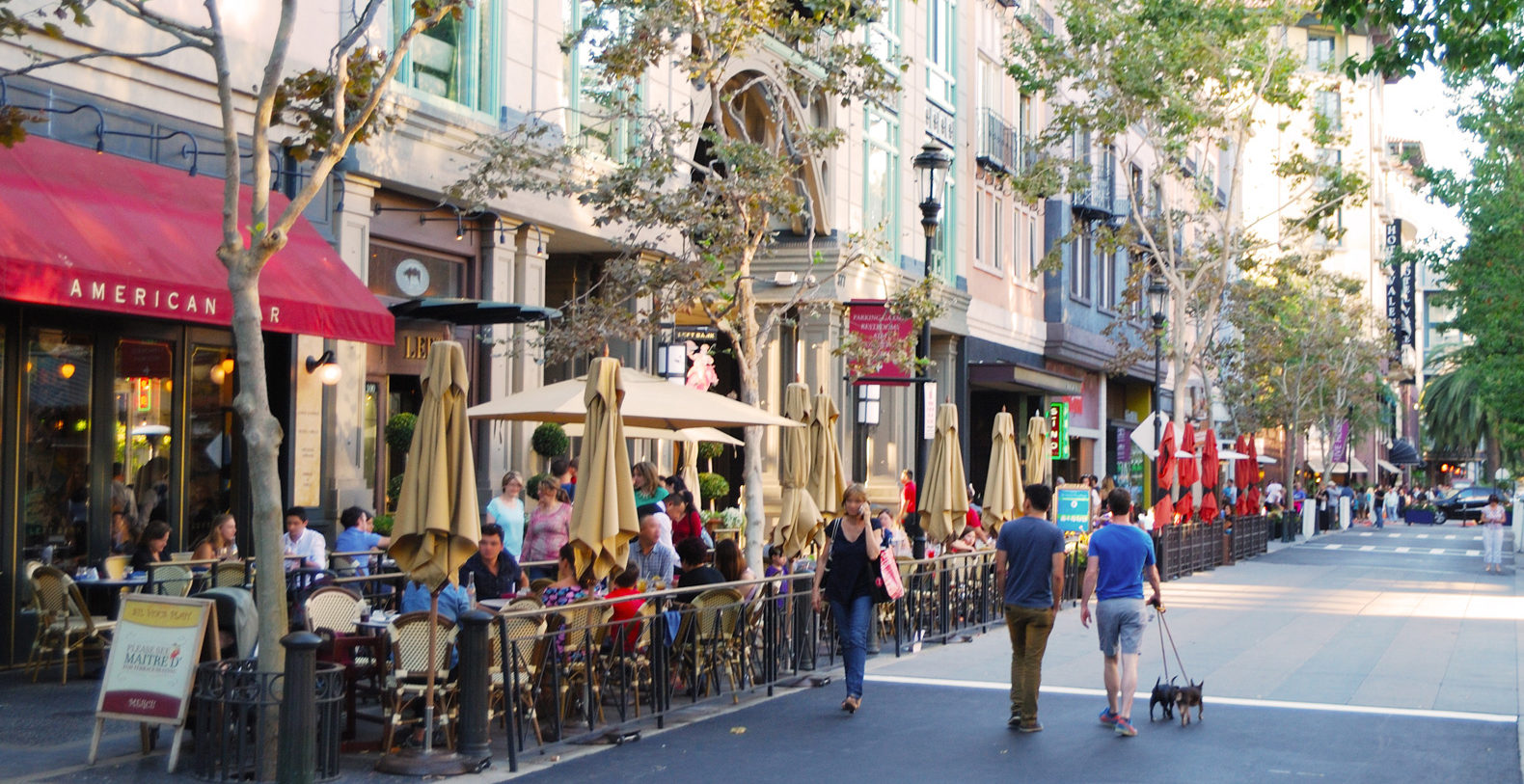 With its formidable vision to create, “The Greatest Street in America,” it is the first mega-scale mixed-use development completed in North America. It set the standard for pioneering and reinventing a new American paradigm for living. Established as a one-of-a-kind mixed-use district, based on Whole Living principles, it now serves as a premiere example of urban integrated living and an international benchmark for excellence in this asset class.

Santana Row is a large-scale urban development of 18 city blocks and vertically integrated, including: first-to-market retail, residential, hotels, parks, open markets, art and cultural installations, office, theaters, entertainment and an extensive array of restaurant venues. It exceeds between 20 to 30 percent return premiums, above the top of the market in all asset classes, and has daily visitor traffic of over 38,000 people per day, 14 million annually. The district receives an average of over 20 visitors per square feet per year, more than double the visitor traffic of traditional commercial districts.

The goal for Santana Row was to create an urban integrated experience to be compact, walkable and authentic, to maximize social exchange, the user experience and livability. Today Santana Row continues as one of the most successful integrated districts world-wide and a national model for urban living in America. It is recognized as a global model for integrated communities and demonstrates effective use of Whole Living principles. Winning numerous Award, such as: Project of the Decade, it has served as the vanguard for integrated development in the industry and continues to be studied and celebrated world-wide for its innovation, authenticity and creativity in mega-scale mixed-use development.

“…Santana Row is the heart and soul of Silicon Valley…
…Santana Row is enlightened commercialism, commerce that realizes it does its best when it is part of the daily life of shopping, relaxing and doing business…
…we really had no right to expect Santana Row would turn out this well. The vision was so far reaching, the commercial program so unconventional, the design so complex, the execution so painstaking…”